After a short rest Sectorial went back to work. We started writing new material, the new album — the first half of 2013!

Review: SPIRIT OF METAL, France [16/20]
"Erase And Reborn The Humanity"

"Erase And Reborn The Humanity" on Raw Sound

For those who have not listened to our last album — you have a great opportunity :) October 25 will be a presentation "Erase And Reborn The Humanity" in the Belarusian radio! The broadcast will be announced later. Sectorial

More than 7000 kilometers, 12 concerts, 3 countries, a lot of new friends, the best fans, borders and customs, toilets in gas stations, shawarma and many other interesting food, great French companions, ravioli with vodka, spending the night in the most unexpected places, "Tetris" in buse, beautiful cities and 1,300 km from St. Petersburg to home — briefly about the last two weeks of life. Thank you tour! Reports soon. Sectorial

Tour crept quietly :) Tomorrow we will visit Chernihiv, and then according to the plan:
14/09/12 — Kiev

Photos from the Metal Heads`Mission 2012, a big thanx to all who photographed, especially to Alias! The tour will begin very soon!

We gotta get up
We gotta get goin'
We gonna see our friends! (C)
Dear mates, at 13.09 we will be ready to start our turbo pleasant trip with wonderful friends from a beautiful country of amazing recipes of cooking frogs, gorgeous loafs and the most tasty wines.
The exchange of cultural experience program includes visiting of 3 countries, 12 cities, plenty of clubs, bars, fuel filling columns, water closets and shops.
We will be very glad to see our old friends and hope to meet new!

We are glad to report — tour Sectorial + Infest (France) starts in a month. The road at this time will pass through three states (Ukraine, Moldova, Russia) and 12 cities!

We returned home after four days at the beach! To say that everything was cool — do not say anything. Sectorial played on August 2, the first day of the festival, along with lots of nice bands (Nile, Khors, Datura, Castrum, Dogma, :Tremor, Infinite Tales, Necropositive). Organization of the festival was wonderful, we also tried to do our best. Thanx for support to all who was there, it was wonderful! A detailed report coming soon.

Review: Horns Up Magazine, Italy [7/10]
"Erase And Reborn The Humanity"

We are glad to announce that our new website is online!

All official updates, including shows, releases, news, reviews and interviews, videos, tracks and pics will be posted here, so subscribe to RSS, add to bookmarks and support Sectorial and Annexare Studio with "likes" and sharing in social networks :) 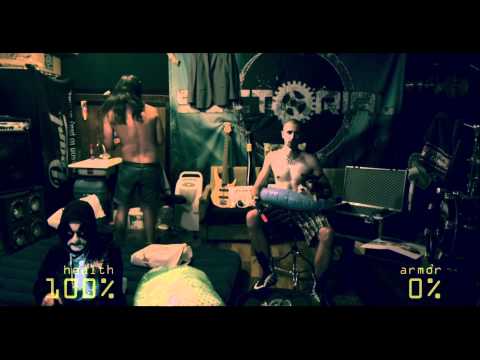 Review: Lords of Metal, Netherlands [71/100]
"Erase And Reborn The Humanity"

Great news: we have been selected on the international festival METAL HEADS' MISSION 2012, which will be held at the recreation center "Solnyshko" near Eupatoria (Crimea, Ukraine). Headliners — NILE, GORGUTS and DERANGED! 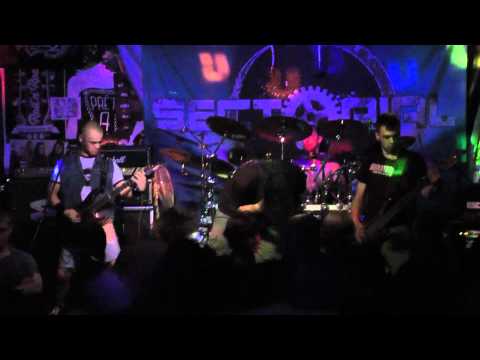 The final concert in the Ukrainian part of the tour with Crusher.

The end of the line... The beginning of another!

The tour is over, thanks to all!) Online release "Erase And Reborn The Humanity" — May 15!

Dates of Ukrainian Tour in Support of the New Album!

Review: Bringer of Death Zine
"Erase And Reborn The Humanity"

Ukrainian thrash metal/grindcore merchants Sectorial have released their debut album “Erase And Reborn The Humanity” via native Metal Scrap Records. The album was recorded at Blacklight Studio in Kiev and comprises of 23 tracks (including a cover of Phobia’s “Rise Up!”), combining grind\crust\thrash metal with Ukrainian native instruments like the Jew harps, whistle, overtone flute and fujara.

The band’s guitarist and vocalist Dmitriy Vashchenko issued Zero Tolerance with the following statement: “As Sectorial is like microcosm in Macrocosm, each part, each player of the band is totally separate unit, which is a competent element of Sectorial’s deeds. After the ‘Controlled Insane’ EP, which we self-released back in 2009 and decided to consider it as a starting point for our next job, we definitely knew that the next one will be a full-length CD. Considering all experience that we earned from our earlier works the decision was to make a new one as ‘live’ as possible but without any compromise in the sound department. E.A.R.T.H. is our first attempt to bring the energy of our conviction, thoughts and feelings through to the listener. Our work is dedicated to strong young men and women who are in search for a better life and haven’t lost the ability to think for themselves. The album got it’s name after one of the elements, nature sectorials – EARTH. Simply all tracks are about our home and the way we live here”.

The album is out in Europe, Japan, and USA on April 20th and in the UK/rest of world on May 7th. Samples available HERE for your streaming pleasure.

February 29, the last day of winter, a day that is a joy just once in four years came, and according to this — LP "EARTH" is OUT NOW!!! Thanks to everyone who has been with us on this hard way, since the recording, mixing, mastering, artwork and booklets drawing, printing and finishing discs and just moral support — you are definitely the best!) ENJOY!

On Wednesday, the last day of February, a day that only once in four years, will release our full length, so the last missing link in this long chain — tracklist). 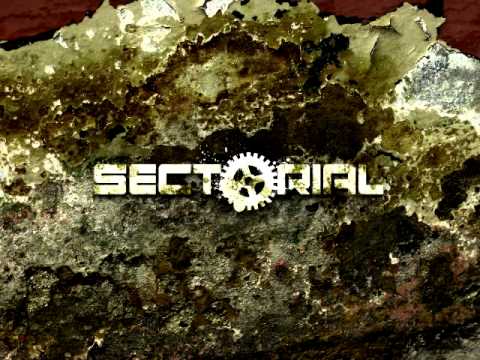 2 weeks to release, it's time to put the third (and surely final) single.

Summer of 2011 in the studio we accumulated material, which will go on our first full-length.
The album will include 23 tracks, title "Erase And Reborn The Humanity".